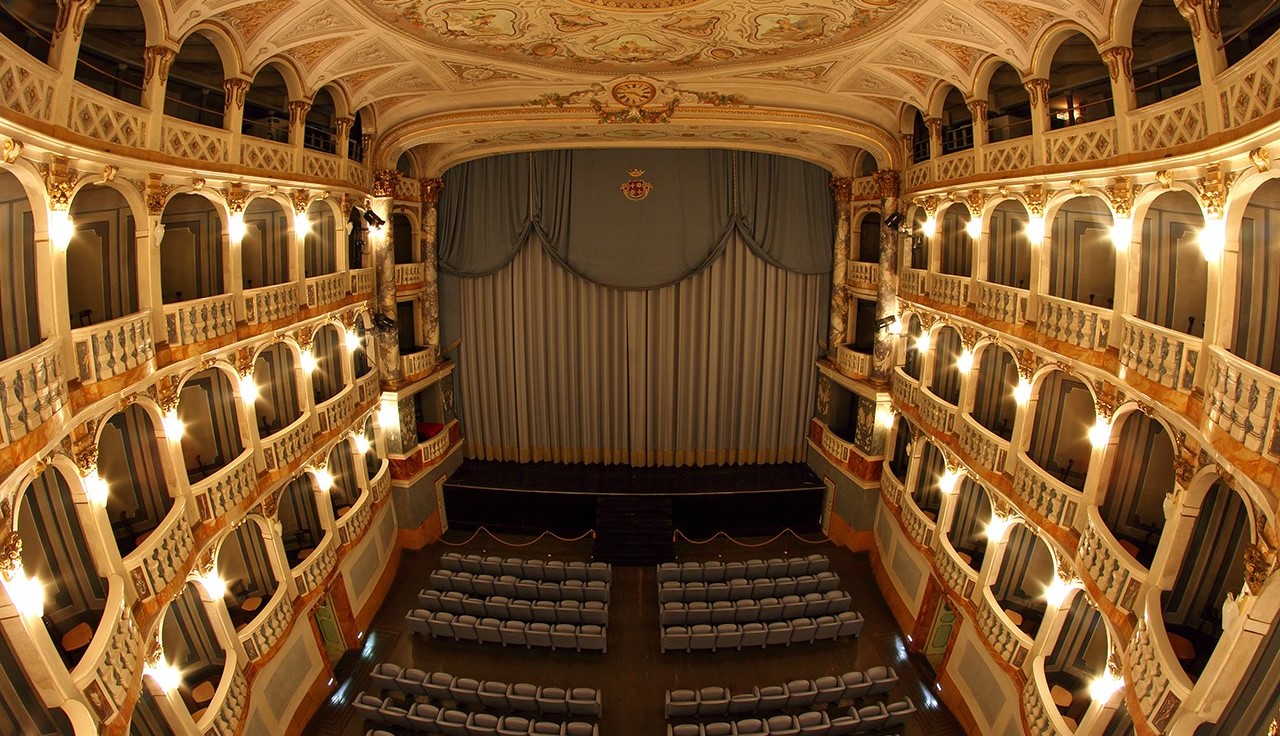 The commission to design the present theatre in Macerata was given in 1765 to the celebrated architect Antonio Galli Bibiena, who presented a plan that was unrealisable as the area allotted for the building was not large enough.

So, in 1769, the architect Cosimo Morelli took over, and he managed to adapt Bibiena’s design to the available space by making slight adjustments to the dimensions. The work was completed in 1772, even though the opening was only held two years later.

The auditorium, which constitutes a refined example of late Baroque, has a bell-shaped plan with three tiers of boxes notable for their decorated balconies and raised balustrade. There is also a fourth tier which in 1855 was transformed into a gods gallery with a transenna barrier and the proscenium boxes are flanked by giant order columns with Corinthian capitals. Amongst the various restoration works that were carried out over the years of particular note is the project by Piero Ghinelli in 1833 that added the elegant double staircase.

The Macerata theatre, now named after the composer Lauro Rossi, represents the only, and precious, example of the Italian style of theatre in the Marches.