Luciano Messi is a key figure who has made the history of Associazione Arena Sferisterio, actively participating in its three most successful cycles.

From 2001 to 2003, he coordinated the General Manager and Artistic Director’s offices, and from 2004 to 2005 he was in charge of external relations, always with Claudio Orazi as General Manager.

Until 2006, with Pierluigi Pizzi as Artistic Director, Luciano Messi was Production Manager and Artistic Secretary. From 2007 to 2015, he acted both as Production Manager and as Director of Technical and Artistic Organization. In those eight years, he planned and supervised all production-related activities, especially in the artistic and technical fields. He supported the Board of Directors in defining the overall activities as well as the production budget, working side by side with the Artistic Director in planning the festival programmes.

Luciano Messi worked as Production Manager for Fondazione Teatro delle Muse in Ancona for two opera seasons, namely 2012/2013 and 2013/2014. He also worked with Fondazione Arena di Verona and was actively involved in setting up the Rete Lirica Marchigiana [Marche Region Opera Network], whose programme and organization he has been running ever since, with great success. In its first year of activity, the overall value of the Rete Lirica productions amounted to 870,000 euros, with every performance costing on average 72,500 euros. This is indeed a very competitive sum, especially in relation to the high quality of the productions. The rationale for the the network has, therefore, proved successful, ensuring on average 25% savings for each production, and more opportunities to obtain public and private funding. 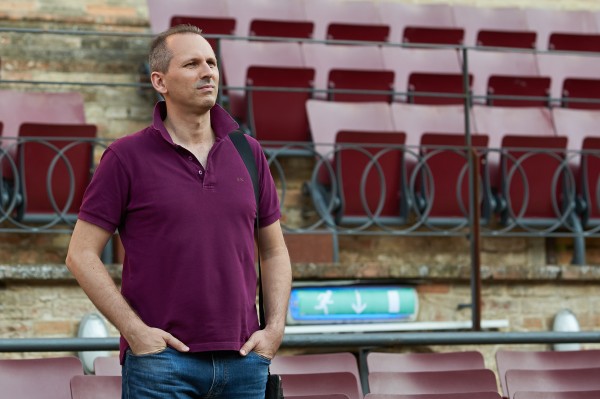 When Messi was Production Manager and Director of Technical and Artistic Organization for the Sferisterio, the opera festival has seen its productions increase and, even though public funding has been progressively reduced, budget has always been respected.

Messi has also supervised collaborations with theatres and organizations in Italy and abroad, taking the local productions all over the world and expanding the Associazione activities during winter. In 2013, the so-called Traviata of the Mirrors was taken to Oman, on an extremely successful tour. 163 people moved to Muscat for the tour, most of them from the Marche region. All three performances were sold out.