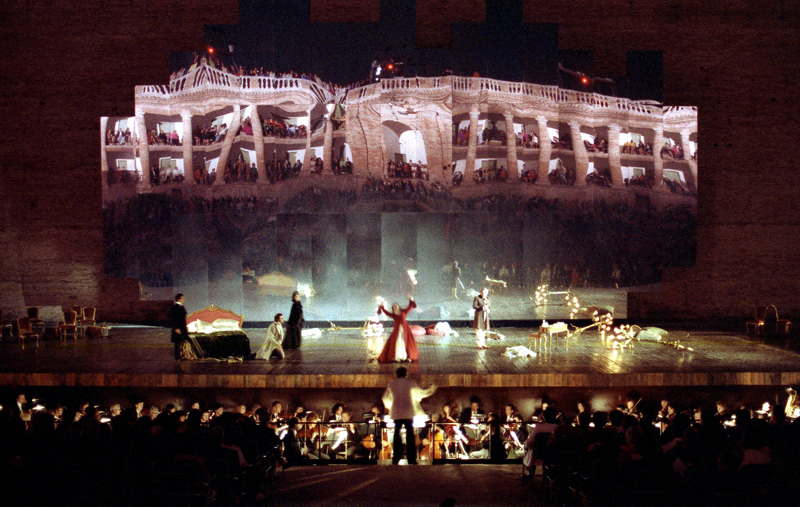 The Arena Sferisterio Association, founded by the Municipality of Macerata and its Province, promotes and organises the Macerata Opera Festival

The Arena Sferisterio Association – Teatro di tradizione was founded on 22nd December 1986 by the Municipality of Macerata and the Province administration “with the aim of promoting and organising festivals, opera seasons, and other artistic and cultural events”. On 15th October 1991, after only five years, the Association became a legal entity under Ministerial decree and since the summer of 1993, it has been managing the opera seasons of the Arena Sferisterio, succeeding the Municipality of Macerata.

In 1973, the Association was accredited the status of “teatro di tradizione” (literally “theatre of tradition”) by the Ministry of Culture, in accordance with the provisions of the Italian Law No. 800 issued on 14th August 1967 and the Italian Ministerial Decree issued on 9th November 2007 establishing the assessment criteria as well as the procedure for awarding grants. In accordance with the Italian Law No. 800/67, the above-mentioned status can be acquired only by those Italian theatres which strongly promote and preserve local artistic and musical traditions.

Get to know the over 500 workers of  Macerata Opera Festival

BOARD OF TRUSTEES
President
Sandro Parcaroli

BOARD OF AUDITORS
President
Giorgio Piergiacomi