The main issues threaded into our festival are connected with a green, clean environment and sustainability, with planting the seeds of a better future through the art of hope. Our aim is to build strong ties with other bodies and institutions working on these issues, building a dialogue on sustainability and bringing together culture, nature and the community.

The new production of Il Flauto Magico is precisely in line with these principles: designed by Graham Vick, one of the most popular and innovative directors of our time, the opera will mark his debut at the Sferisterio and offer the audience a performance where natural settings, full of hope, shall be in contrast to grim everyday life, marked by scarce resources and pollution. The town citizens will be involved in a workshop on stage. The artists for this production include well-established conductorDaniel Cohen, along with some young but well-established experts of the Mozart repertoire such as Giovanni Sala (Tamino), Valentina Mastrangelo (Pamina) and Guido Loconsolo (Papageno). The opera is co-produced with Palau de Les Artes Reina Sofía in Valencia. “The international flair of our Festival”, says Barbara Minghetti, “is matched by its strong ties with the local community for its themes, social relevance, engagement and interaction with the surrounding areas. With Il Flauto Magico, for instance, we aim to get the town inhabitants involved in a workshop on stage.” 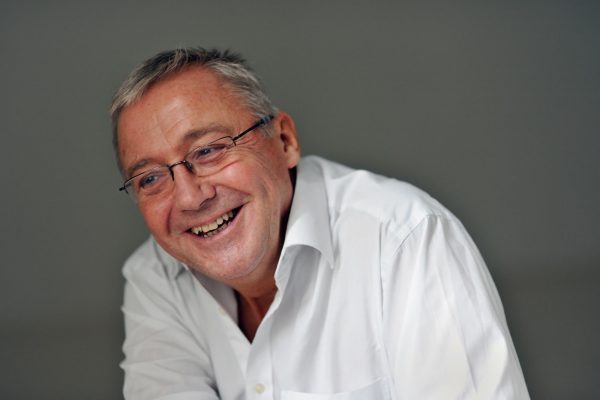 One of the most prominent opera directors worldwide, Graham Vick is Artistic Director of the Birmingham Opera Company. He has been working with all major opera houses, including La Scala in Milano, the Metropolitan Opera in New York, the Royal Opera House in London. Among his most memorable productions are Macbeth and Otello for La Scala in Milano (then on tour in Japan), Moses und Aron and Il Trovatore at the Met Opera, The Queen of Spades in Chicago, Don Carlo at the Opéra Bastille in Paris, Ernani at the Wien Staatsoper, Rigoletto in Madrid, Palermo and Firenze, La Traviata and Anna Bolena at the Arena in Verona, Die Zauberflöte in Salzburg, Manon Lescaut in Venice. Many of his productions are available on video: among them The Queen of Spades, Evgenij Onegin, Ermione, Falstaff, Lulu, Manon Lescaut, Pelléas et Mélisande, The Rape of Lucretia, War and Peace.

Vick is also an expert interpreter of the Wagnerian repertoire, as witnessed by his Tannhäuser staged in San Francisco, Parsifal in Paris, Meistersinger in London, Tristan und Isolde in Berlin, Der Ring des Nibelungen in Palermo. He has also directed some outstanding contemporary operas and world premieres, such as Outis by Luciano Berio at La Scala (1996), Life is a Dream by Jonathan Dove and Mittwoch aus Licht by Stockhausen for the Birmingham Opera Company.

His most recent and upcoming projects include Morgen und Abend by Haas in London and Berlin, Death in Venice by Benjamin Britten in Berlin, Hipermestra in Glydebourne, Stiffelio at the Verdi Festival in Parma, La Bohème in Bologna, Die Tote Stadt at La Scala and Semiramide in Pesaro.

He was appointed Knight of the Arts and Letters in France and Honorary Professor of Music at Birmingham University. He was Visiting Professor of Opera Studies at Oxford University (in 2002-2003 and 2014-2015), was named Commander of the Order of the British Empire in 2009 and in 2016 he became honorary member of the Royal Philarmonic Society. Over the years, he won the Abbiati Prize 6 times, for works such as Die Gezeichneten, produced for Teatro Massimo in Palermo, and Moses in Egypt, staged in Pesaro. Among the many prizes, he received the South Bank Show Award for Opera in 1999 and 2002, and the Spanish Campoamor prize.

He graduated in orchestra conducting at the Royal Academy of Music in London (his studies were supported by the America-Israel cultural foundation) and soon came first both in the Admont International Conducting Competition and the Aviv Competitions. More recently, he won the third prize for orchestra conducting within the “Evgeny Svetlanov” competition. He assistant to Daniel Barenboin for the WestEastern Divan Orchestra and with the same Maestro he worked on a Beethoven symphony cycle and several works by Schönberg and Boulez.  He was also assistant to Pier Boulez for the Lucerne Festival Academy, where he further specialized in orchestra conducting. The orchestras he conducted include the Israel Philarmonic Orchestra, l’Orchestre National de Montpellier, the orchestra of Teatro Lirico in Cagliari, the Kammerphilarmonie in Graz, the Kiev Symphony Orchestra, the Jerusalem Symphony, the Lucerne Symphony Orchestra. Over the next months, he will be working with the Oxford Philomusica, the Orchestra Internazionale d’Italia and the Chamber Orchestra of the European Union. His theatrical endeavours include La Dama di Picche, Lady Macbeth by Mzensk, Cenerentola at the Israeli Opera Studio, A Midsummer Night’s Dream for Teatro Massimo in Palermo, La traviata, Così fan tutte, Don Giovanni. Il flauto magico, Lucia di Lammermoor at the Deutsche Oper in Berlin.