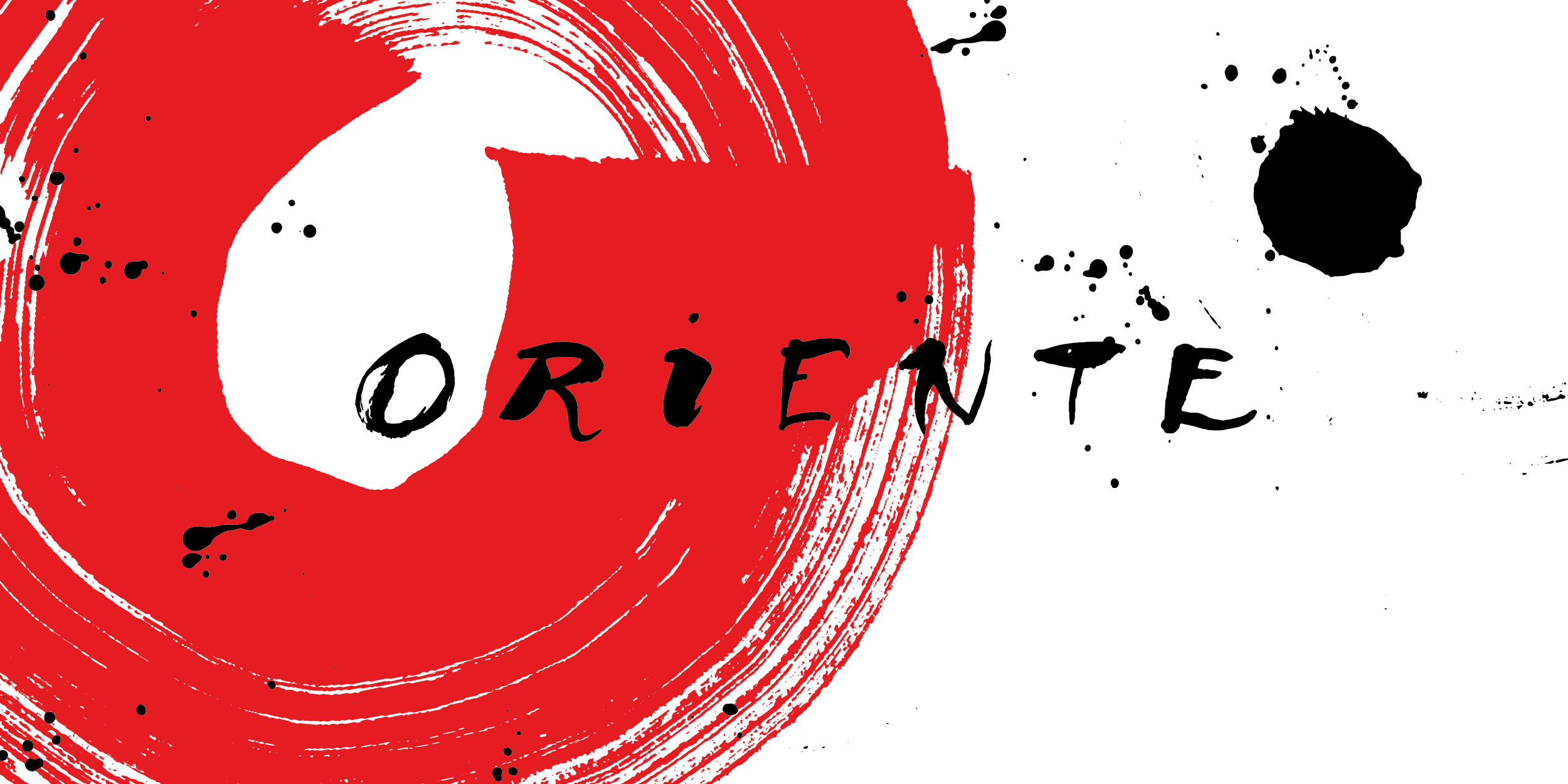 The 53rd edition of the Macerata Opera Festival turns its gaze toward the East. In 2017, the Festival directed by Francesco Micheli in the enchanting starlit setting of the Sferisterio features three of the most well-known masterpieces of the Italian repertoire: Turandot, Madama Butterfly and Aida. This year the programme is enriched by a new production: Shi (To be). The opera, inspired by the life of the Jesuit Matteo Ricci, born in Macerata, was commissioned to composer Carlo Boccadoro with libretto by Cecilia Ligorio. This production will inaugurate the Opera Season on Thursday 20th July in the intimate space of the Lauro Rossi Theatre.

The town of new productions

The big stage of the open-air theatre in the heart of Macerata will once again host performances of timeless stories and themes, enhanced by a blend of music and new expressive codes. In fact, over the last years, the success of the Macerata Opera Festival  has been largely due to the uniqueness of the Sferisterio’s stage space and  the remarkable vision and skills of its various creative teams, combining innovation and research of new interpretive forms.

Operas and Concerts at the Sferisterio 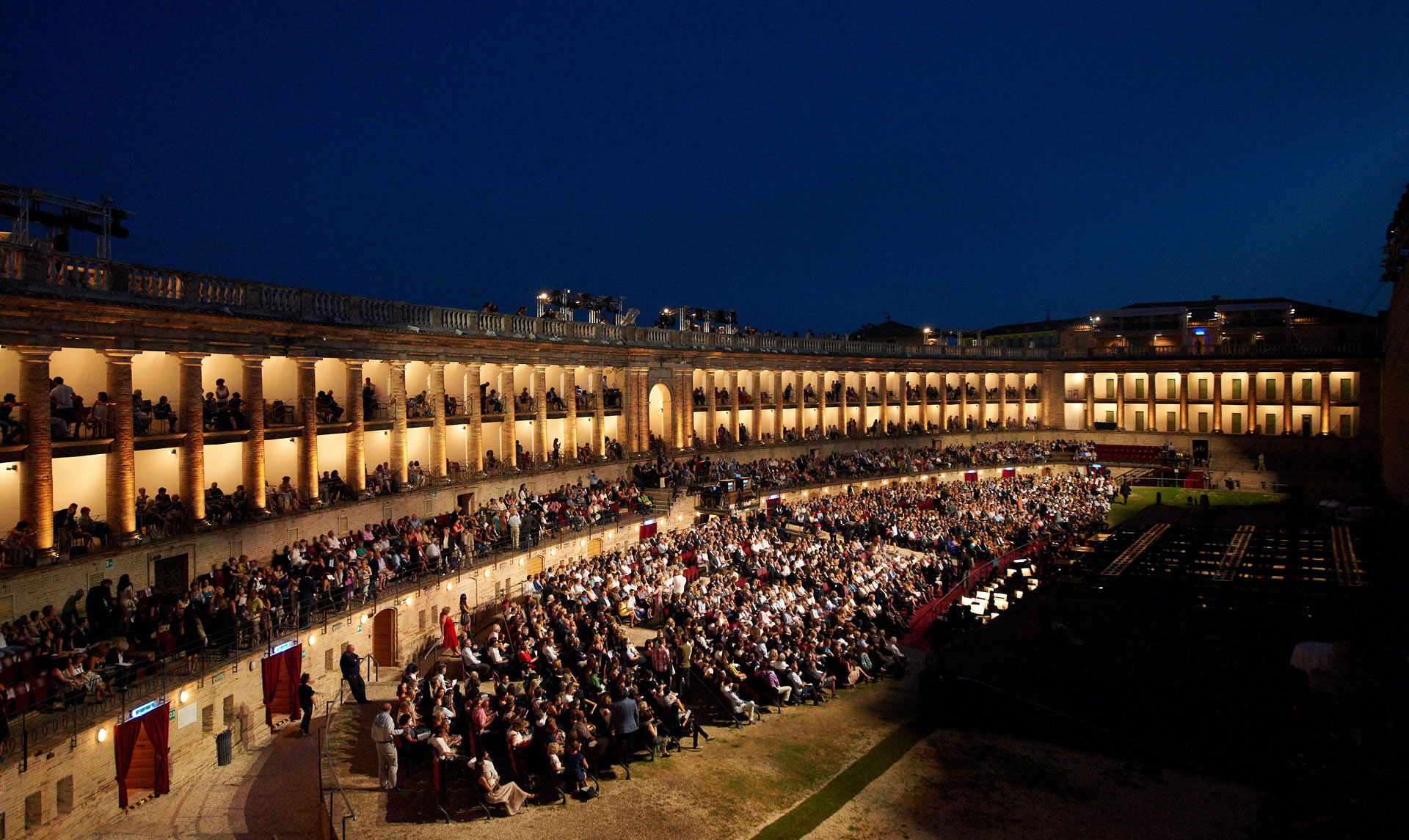 Il Trovatore by Giuseppe Verdi will be staged as a concert this year on two evenings (25 July, 1 August). For this edition in Macerata Vincenzo Milletarì will be on the podium. Continue reading → (more...)
Find out more!

Don Giovanni by Wolfgang Amadeus Mozart (18 and 24 July, 2 and 8 August) is a co-production with the French festival of Chorégies d’Orange directed by Davide Livermore: he is the director who will open, for the second consecutive year, the Teatro alla Scala opera season. On the podium José Miguel Pérez-Sierra. Continue reading → (more...)
Find out more!

On 23th July and 1st, 7th and 12th August The 2021 edition of Macerata Opera Festival will be inaugurated with "Aida" by Verdi, conducted by Francesco Lanzillotta and directed by Valentina Carrasco. Continue reading → (more...)
Scopri Aida 2017

On 24th and 30th July and 6th and 14th August The comic masterpiece by Gioachino Rossini will be staged at the Sferisterio arena with a new production, which will be chosen through an international competition for direction, scenes and costumes reserved for artists who are under 35, in collaboration with Opera Europa and Rossini Opera Festival. Continue reading → (more...)
Scopri Il barbiere di Siviglia 2017

The debut of Ricci / Forte's work

Giacomo Puccini’s Turandot, a new co-production with the Croatian National Theatre in Zagreb, opens the Sferisterio opera season on Friday, July 21st. The original, irreverent duo of authors/directors Ricci and Forte (Gianni Forte and Stefano Ricci), the most acclaimed theatrical phenomenon of recent years, make their debut as opera directors. Scenes are designed by Nicolas Bovey, costumes are made by Gianluca Sbicca, and the expert conductor Pier Giorgio Morandi holds the baton. In the role of the ice princess there will be Irene Theorin, with her superlative dramatic voice, who has been acclaimed in the major theatres around the world for her excellent interpretations not only of this role, but also of further female characters in Wagnerian and Strauss’ works. She makes her debut at the Sferisterio along with Rudy Park (Calaf), Davinia Rodriguez (Liù), and Alessandro Spina (Timur). On stage on July 21, 29; August 4, 13.

The second title is another work by Puccini, which celebrates his love for distant, exotic lands: Madama Butterfly. This is a co-production with the Massimo Theatre in Palermo (Italy), directed by Nicola Berloffa with scenes designed by Fabio Cherstich and costumes made by Valeria Donata Bettella. Unlike the original opera, the action takes place in post-war Japan, a significant moment of cultural interconnection between the West and the East. After her successes in Norma last summer in Macerata and again the triumph for the opening of the new season of the Teatro alla Scala (Milan, Italy), with the same female role in Puccini’s opera, the soprano Maria Josè Siri returns to the Sferisterio. She will be on stage with tenor Antonello Palombi in the role of Pinkerton, Alberto Mastromarino, who is Sharpless, Manuela Custer is Suzuki, Nicola Pamio is Goro. The conductor is Massimo Zanetti. On stage July 22, 28; August 6 and 12

The acclaimed Aida by Francesco Micheli is back

The three-title 2017 opera season is completed with Verdi’s Aida in the well-known 2014 production directed by Francesco Micheli, co-produced with the Comunale Theatre in Bologna (Italy) and which was staged on the occasion of the fiftieth edition of the Macerata Opera Festival, with scenes by Edoardo Sanchi, designs by Francesca Ballarini, costumes by Silvia Aymonino and choreography by Monica Casadei. On the podium Riccardo Frizza, already acclaimed for conducting Othello in the summer of 2016 and one of the most famous interpreters of Italian opera worldwide. A special mention for the comeback of another successful female voice, Maria Pia Piscitelli, a well-known Verdi soprano of outstanding vocal and theatrical qualities. She is on stage with Stefano La Colla (Radames), Sonia Ganassi (Amneris), who played the same role in 2014, Stefano Meo (Amonasro), and Giacomo Prestia (Ramfis). On stage 30 July; 5, 11 and 14 August.

Stefano Bollani will be the protagonist at the piano of the concert on Sunday, 23 July (at 9:00 p.m.), which will close the first musical weekend of the Macerata Opera Festival, after the debut of the new productions: Shi, Turandot, and Madama Butterfly. Bollani, a pianist of rare eclecticism and great versatility, represents a great contemporary expression of today’s music, for his vocation of crossing genres – from classical repertoire to jazz – and for his live transformations of various sources of inspiration during his performances, which always create a captivating show. The concert on July 23, which is dedicated to the Oriente theme of the opera season, represents the most important event of the programme organised by the Arena Sferisterio Association together with Istituto Marchigiano di Tutela Vini (Wine Institute of the Marche Region) to celebrate two D.O.C. (Denomination of Controlled Origin) wines: Verdicchio di Matelica and Rosso Conero. The link between the East and wines in the Marches region is intrinsic to the cultivation itself, as the vineyards actually face eastwards on account of the orographic shape of the region, whose valleys run perpendicular to the coast.

Inspired by Father Matteo Ricci’s life, Shi (to be) is the new opera commissioned by the Macerata Opera Festival to Carlo Boccadoro, whose origins are rooted in the city of Macerata and who is currently  one of the most appreciated Italian composers. The libretto is by Cecilia Ligorio, an Italian director and playwright with significant experience in the major European prose and music theatres. The opera – for two pianos, percussions, an actor, and two baritones – makes its first ever debut on 20 July at the Lauro Rossi Theatre (repeats on 26 July, 2 and 9 August). The set was designed in partnership with the Academy of Fine Arts in Macerata, which dealt with scenes, costumes, and lights. The actors are Roberto Abbondanza and Bruno Taddia, with the participation of Simone Tangolo. “It was a great surprise for us to work in Shi,” says the director of the Academy of Fine Arts, Paola Taddei, “it was a breath of enlivening fresh air and working with Ligorio gave us the opportunity to learn some fascinating and unknown aspects of Father Matteo Ricci’s life” 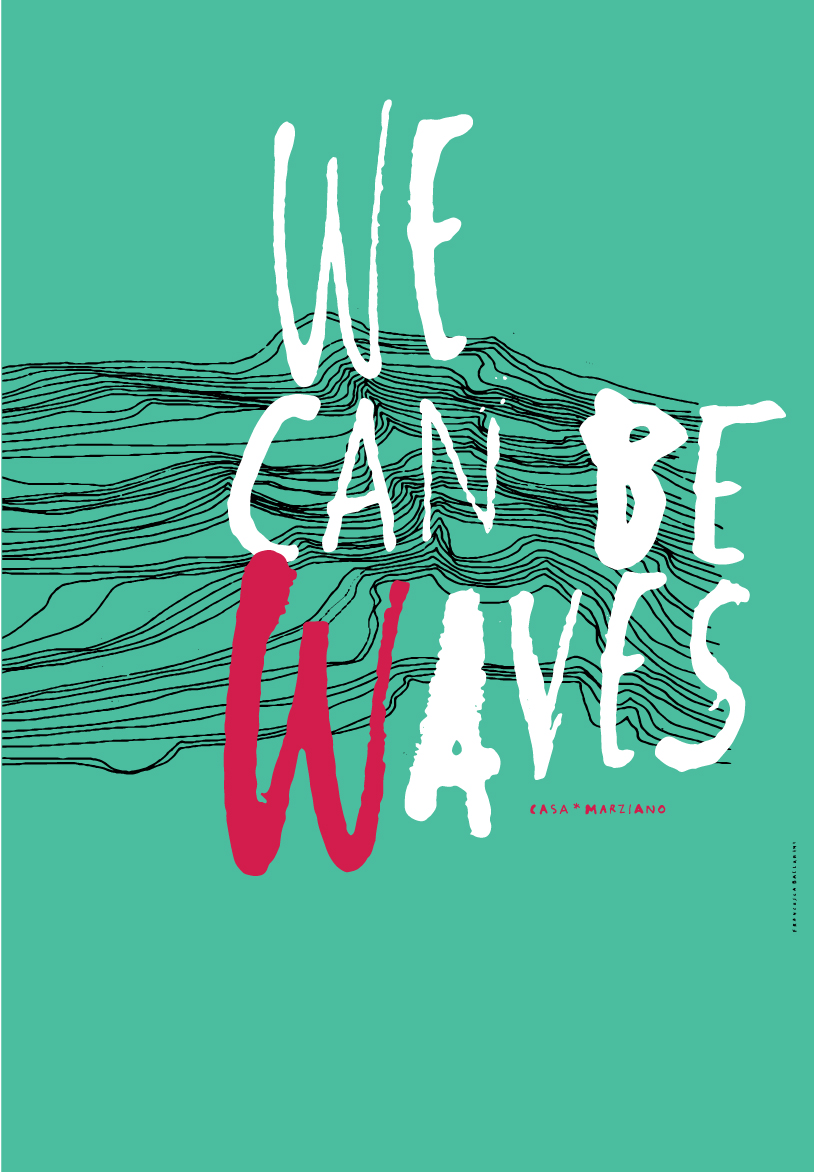 We Can Be Waves

The winning opera of the international competition, Macerata 4.0 – in collaboration with Opera Europe, IED and the New Music Festivals – which is dedicated to projects of contemporary (more...)
Discover We Can Be Waves Buy now your ticket
share this